how my brain works

I am often asked about my working process.  To me, it just seems natural.  I find some really tragic and beautiful roadkill, it reminds me of the shape/form/color/texture of some dish/fabric/object/plant/vegetable/flower in my garden or studio, and I go from there.  In an attempt to clarify the workings of my mind, here is a snapshot of some work in progress:

This particular set of images is a bit atypical.  I was inspired by some Martha Stewart recipe cards in a recent edition of Living.  About the same time I picked up the magazine, I happened to find a small goldfinch AND a mole in perfect condition while on my run in sunny Matunuck, RI.  After some time spent sorting through my studio and thrift shopping, it all came together.

I will begin with a tour of the 6 x 8 foot space which is my “studio.”

This will be exciting, I assure you.  This is where I make all of my photos.  It is a folding card table with an old copy stand.  Sometimes I use the copy stand to hold the backdrops, and sometimes I use it to hold the camera.  As you can see, it is a precision instrument – I have used several playing cards to level the camera mount.  It really adds a hint of class when I use the king of clubs.  You will also notice the sheets of foam core.  I do all of my lighting with foam core, tracing paper, clips and gaff tape.  It is very fancy.  very fancy. 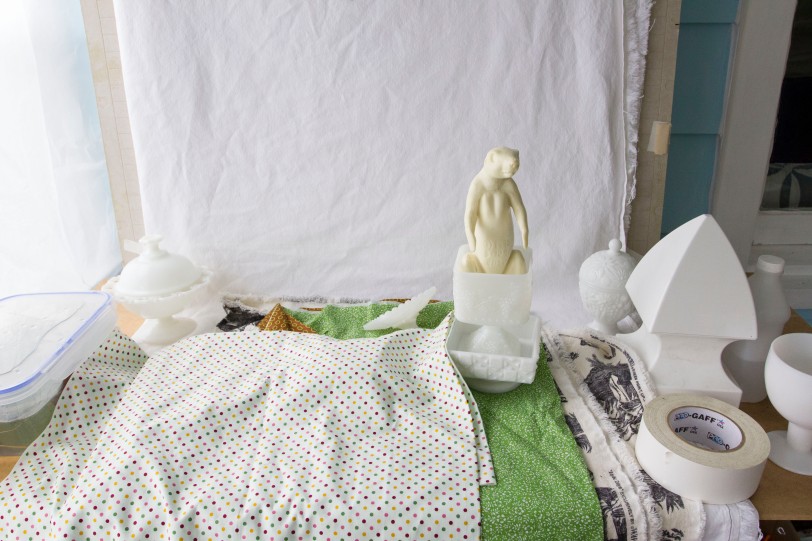 This is my studio on the day in question.  I was also starting work on a taxidermied squirrel (more on that later) so you can see I am practicing posing the manikin in a milk glass candy dish.  I am not exactly sure what needed practice there, but what the heck. 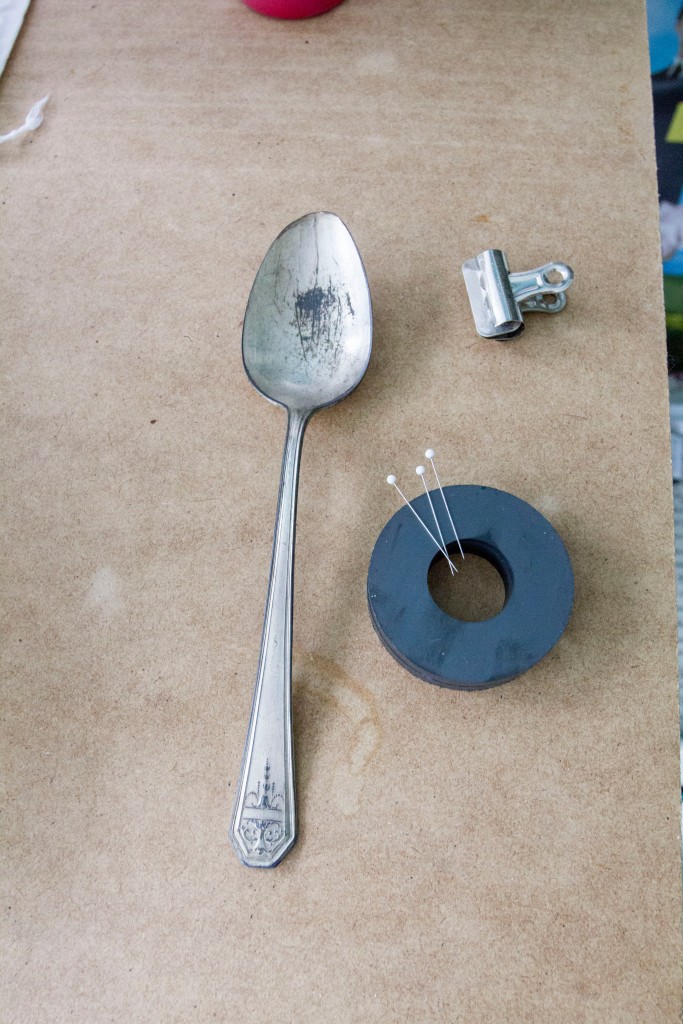 I found this spoon buried in my garden.  Naturally, I washed it off and brought it inside.  It is slightly less lurid than when I found some false teeth under one of the heaters after we moved in. . .  in a related story, I still have the false teeth.

I assume it comes as no surprise that my studio is filled with dishes and other ephemera.  It is usually neater than this. .. .really.  You will also notice the poster for a show Walter worked on called “Mr Marmalade” which was very funny and starred that guy from Dexter.  It featured the line “those plants are dicks.”  Dexter and dickish plants?  I can’t believe it wasn’t a huge hit.  Of course, I loved it. 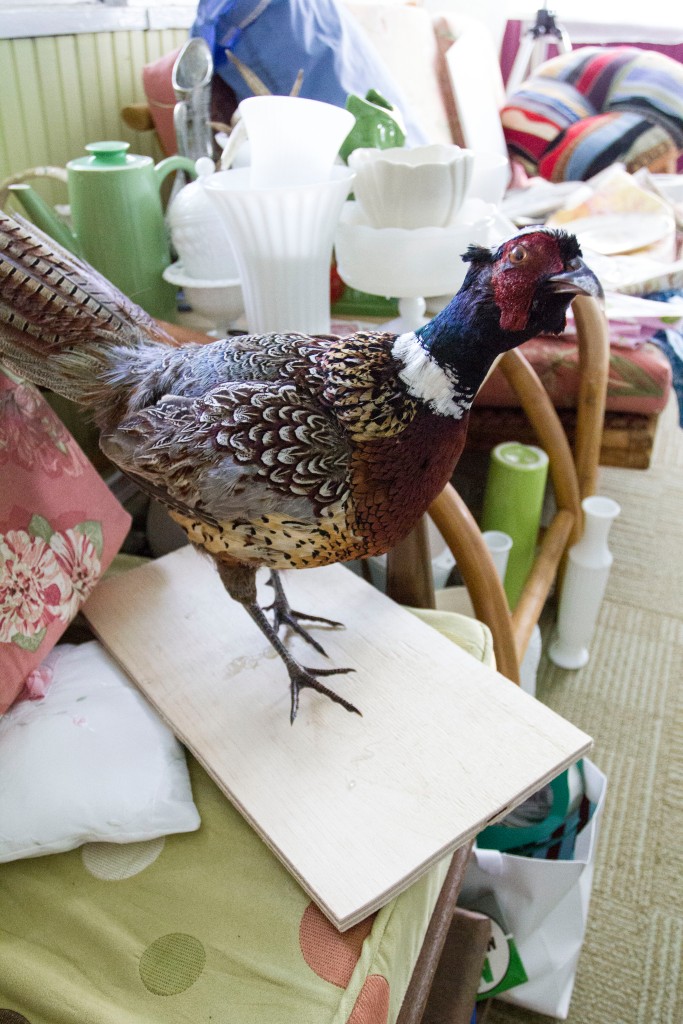 You may recognize Clarence from taxidermy school in Wisconsin.  He is waiting for the fabulous stack of dishes I am planning to perch him upon, until then he is giving me stink eye and hoping not to be eaten by my dog.

I spotted these recipe cards in Martha Stewart Living.  Martha says that making meals is easy if you stick to a protein and herbs or veggies.  I decided that the same may be true of photography.  That Martha, she is so clever.  She also uses matching fabric and plates – but she doesn’t mention that in the recipes.

Here is the mole I found while running.  Thanks to my restaurant peeps for providing the take out box for transport. 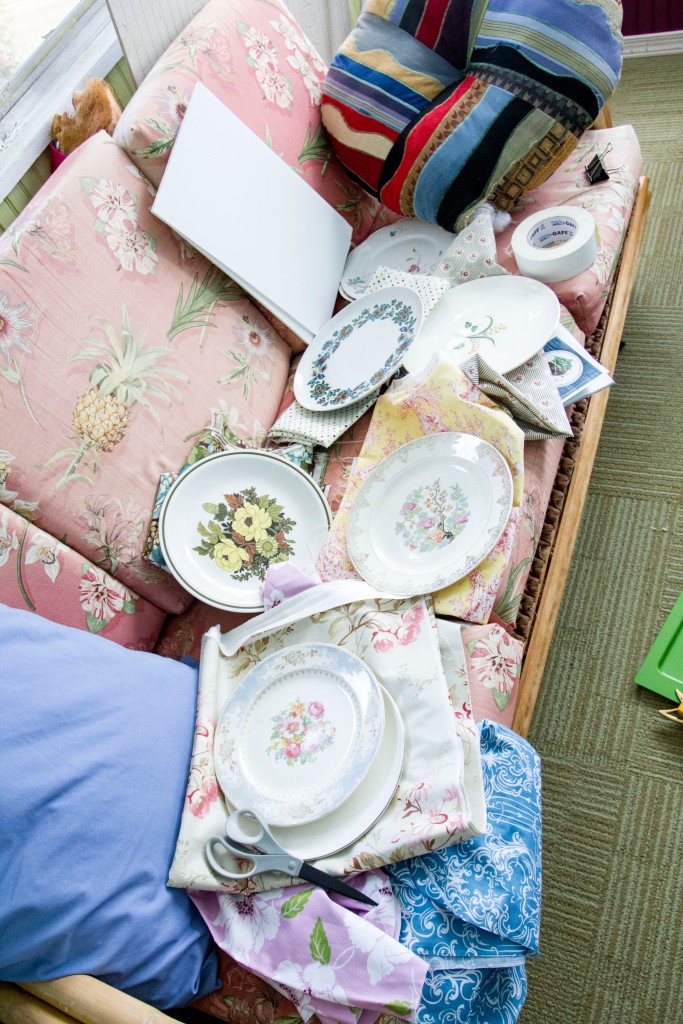 These are the plates and fabrics. . .

Gary Winograd once said he took photos to see what things look like photographed.  I think of this often while working.  Sometimes things which look swell when they are in front of you don’t photograph well.  I use this same excuse every time I see a photo of myself. . . but I digress. 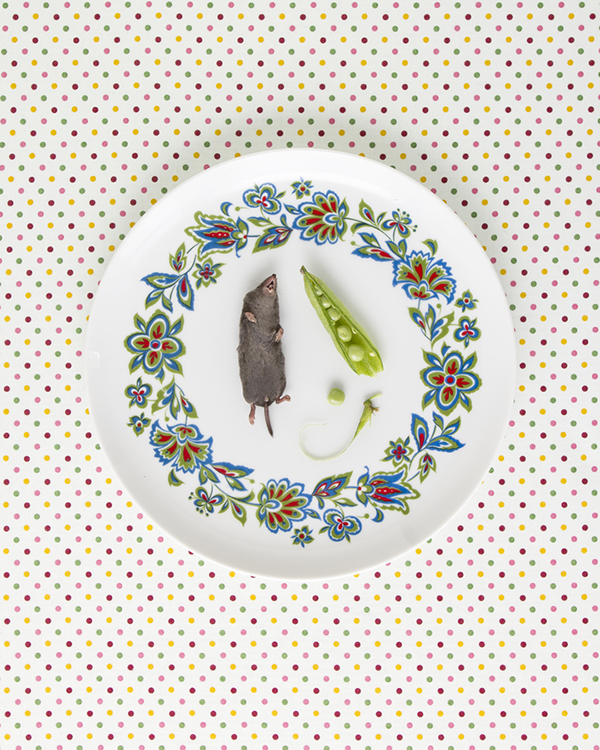 For some reason, I also brought these lily pads home from RI.  It just seemed like a good idea at the time.  I am not quite sure what my husband thinks when I come up with these hair-brained schemes, but he does a good job keeping his comments to himself.

I made this with the lily pads.

3 thoughts on “how my brain works”